How To Deal With Last Minute Resistance (LMR) 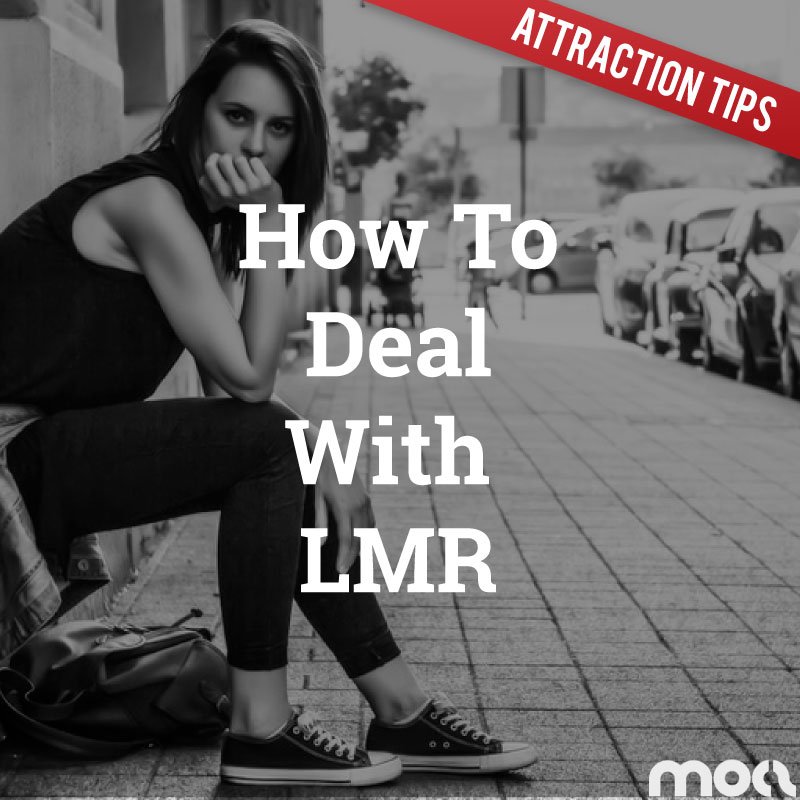 I want to start with a story that happened with me pretty recently. I was out at a club in New York and I ran into this girl on the way to the bathroom. We instantly hit off and I could tell this would be an easy close.

We were making out within minutes and she was all over me!

This pretty much meant her buying temperature was as high as it was ever going to be. Now at this point I should have said to myself “ok perfect, now take her home.”

But, instead I suggested we go to another venue.

We ended up in line for 30-45 minutes just to get in. Big mistake. This got her more and more bored, and even tired. Her buying temperature was dropping pretty fast. Once inside it was almost impossible to create a good mood again. We would still make out, but I could tell she wasn’t as hyped as when we first met. So I suggested we head out, and we ended up going to her place.

By the time the taxi took us there and we got to the front door, she was tired, her buying temperature was below freezing point and I was getting a great deal of last minute resistance.

In the end I wasn’t able to close.

Whatever I tried to overcome her last minute resistance was futile. She just wasn’t feeling it anymore, so we said good night and that was that. The moral of the story is to always read someone’s buying temperature, and act on that, rather then playing it out in your head.

The way to beat last minute resistance is to address the previous step that comes before it, so that you are always one step ahead. There’s a few things you can do to overcome last minute resistance:
Quick Navigation
Tip #1: Know Your Worth
Tip #2: Take The Pressure Off
Tip #3: Take The Lead
Tip #4: Don’t Spell It Out
Tip #5: Read The Feedback
Positive reaction:
Neutral reaction:
Negative reaction:
Tip #6: Recognize A Soft No Vs A Strong NO!
Tip #7: Don’t become a make out buddy
Cat String theory

When you know your worth, and you aren’t second guessing yourself, you won’t be worried later on when you are taking the girl home.
You might be worried that the girl doesn’t want to sleep with you and that she doesn’t like you.

Those are the wrong kind of thoughts to have when you’re taking a girl home.

Any fall in your frame or confidence and the girl will notice it, and then she’ll start having second thoughts.
So, know your worth. Assume attraction.

Tip #2: Take The Pressure Off

Unfortunately, for women all around (and for you) that’s not the case.

For her to feel comfortable enough to sleep with you, she’ll need to know that you aren’t going to judge her. That you are just there to experience a good time, and that a girl who has a mind of her own and does what she wants is awesome.

Another way to take the pressure off the girl is to take the lead.
Be the decision maker.

“Are you adventurous? Ok this way.”

If you take the lead it does 2 things:
1.) It gives the girl less pressure:
Because you are deciding these actions and she is just following, so her “fear of being slut shamed” guard is down.

I still don’t know why people do this. I’ve seen guys on Bootcamps ask girls for a kiss before they kiss, or tell a girl, do you want to come home with me and have sex? You’re basically asking for last minute resistance with those questions.

You really don’t have to be THAT direct about it.

(Sure if the situation has escalated beyond that point and you’re on sexual conversation you can tell her the things you will do to her back home, but that’s a different buying level, that’s already a close)

Instead, just say:
“There’s an after party close by, let’s check it out”

Don’t trick a girl into bed, seduce her into bed. There’s a difference.

There are 3 types of feedback you will get from your actions: Positive, Negative & Neutral.

You hug the girl and she hugs you back. This is very good.

You hug the girl and she doesn’t hug back, she doesn’t leave,
she just stands there. This is also good.

You hug a girl and she moves back. This is not bad, but it means take a step back change subject, and try again later.

Sometimes you might go for a kiss, and the girl will simply smile and move her head, but she’ll stay there talking to you.
That’s a soft no.

A soft no basically means, I’m interested, but not very sure yet, let’s keep hanging out till I decide. (It could also mean, not in front of my friends.) A strong NO! should be very clear.

Please, once you get a strong no, stop what you are doing, and walk away. This is meant to be a fun skill for you to learn, do not be a creepy guy, do not force someone into doing something they don’t want to do.

He ended up doing it for a good hour! At the end of the night he suggested for the girl to go home, but she said

He gave her exactly what she wanted, why would she go home with him? Always leave something to look forward to.

Tease her so that she is craving it more and more and wants to go home with you.

This is a very good relation to this. If you don’t know what it is, cat string theory is when you put a string infront of a cat, and let the cat chase it and run after it and jump at it but always pull it away from her.

The cat goes crazy about the string! Now drop the string and leave it there, the cat will poke it once, twice, get bored, and leave to do something else.

You want to be the dancing string being pulled away every now and again.

Let her chase you.

All in all, you need to enjoy the process, you might get the girl, you might
not, it’s all about having fun.

Don’t rush the interaction and don’t focus on sex.

Remember: women make decisions based on emotions, not on logic.
There might be a million logical reasons for her to have sex with you, but she may not do it if she doesn’t feel right.

All she needs is a good strong emotional connection, and she’ll be more than willing.