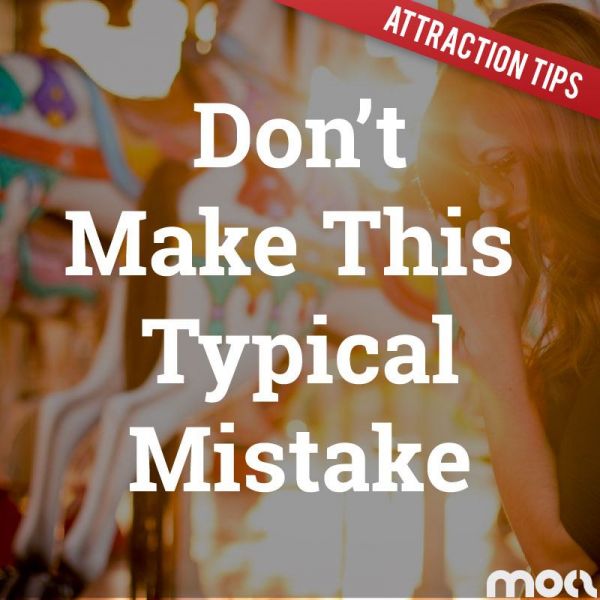 In this article you'll learn:

The Mistake Every Guy Makes

There is a miscommunication happening between men and women all over the world.

We know this, but what exactly is the underlying factor to this miscommunication, where is the problem and what is the solution?

Show a guy a photo of an attractive girl, and in that split second he’ll know for sure if he would or wouldn’t sleep with her (in most cases he would). When it comes to dating or hooking up, we think in logical terms. I see an attractive girl, therefore I am ready to proceed.

Show a photo of an attractive man to a woman, and she’ll tell you if she finds him attractive, but she wouldn’t be 100% ready to just jump into it. That’s because when it comes to making these decisions women focus more on the emotional aspect of things as opposed to the logic aspect.

This is why when men boast at a bar about their job, their car, their 6 pack and how much they make, it seldom works to get them laid. Showing your CV to a girl won’t impress her, you could give her 100 logical reasons as to why she should go home with you, but if she has only half an emotional reason as to why she shouldn’t, you’re going home alone. Giving her logical reasons will do nothing to get her attracted to you, in fact it could do the complete opposite.

I’m sure you’ve known a girl who was dating a guy who was complete bad news for her. He didn’t treat her right, he was abusive, her friends hated him, all the reasons she had to break up with him, but she never did. That’s because he was able to communicate with her emotionally, that threw all the logical reasons out of the window!

This is where you need to aim. This is the new language you need to adapt. I shouldn’t have to tell you not to be an abusive partner, I hope that’s common sense, but what I meant to show in the above example is that emotions are far superior to logic, if you are able to meet a girl and change her emotionally and get her to invest on that level, she’s yours.

So how do you get an emotional investment?

When you meet someone you can either bring positive emotions to their lives or negative emotions. Both will influence them, both will make their attitude towards you change.

If you go up to a girl, start talking, telling her a funny story and she starts laughing, that’s her investing emotionally into you in a positive way. Other types of positive emotional investment could be her smiling, her staring at you, her gasping at one of your stories etc.

If you are talking to a girl, and you jokingly make fun of her infront of her friends, and they laugh, or you tease her about something (in good taste) and she gets “mad at you” this is a negative emotional investment.

In both of these cases it’s simply a matter of poking around in conversation to find where the line is, and stepping over it. You’ll want to see what you can say or do to elicit a reaction. Once you get an emotional reaction, you’ll know you’re on the right path.

What about your emotions? You should be non reactive as much as possible, as if this is just an ordinary part of your day that makes no major influence on you.

On a side note, you should ALWAYS leave people better off than when you found them.