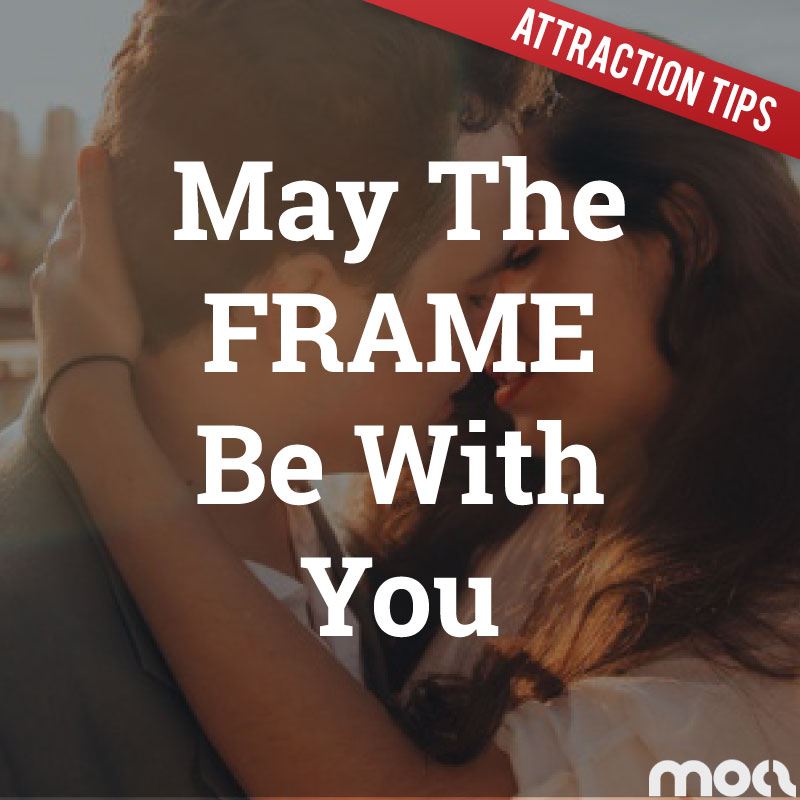 What Is Frame Control

To understand frame control it might be a good idea to break this down a little:

What actually is a frame?

In the words of my buddy Swinggcat:

A “frame” is a general focus or direction that provides an overall guidance for thoughts and actions during an interaction. Put in layman’s terms a frame determines the underlying meaning of behaviours and actions.

A frame is basically the form of sub communication that you are displaying when in an interaction with someone.

So for example, if you are speaking to a police officer who is about to give you a speeding ticket you can have:

The polite frame in this case would you be saying something along the lines of:

“I’m not taking that ticket” “I wasn’t speeding” “You’re blind” “Is this the best part of your job? Don’t you have better things to do?” etc…

In this case the polite frame is likely to get out of the ticket because he is keeping his cool, doing the opposite of what most people would do, and accepting the guilt rather than standing by their innocence.

Frame control is the ability to stand by the vibe you give out no matter what, throughout the interaction.

When it comes to terms of speaking to women, when you see an attractive girl and your frame is:

“I’m awesome, everyone wants to sleep with me”

Even though that may not be true, the fact that you stick to that ‘frame’ will lead the interaction down the path of you’re awesome and everyone wants to sleep with you.

Now if the same guy went in with the frame of “I’m pathetic, no one likes me”

Then even if they were both talking about the same topic and using the same words, they would have two completely different experiences.

More likely than not, the first guys chances will be much higher than the second guys.

Because confidence is attractive, and uncertainty and insecurity are not.

Your Baseline is Your Frame

When you are speaking to someone, your main job is to give off a certain type of vibe. What that vibe is will determine how that interaction goes.

How often does this happen to you?

You meet a girl at a bar, you spend hours talking to her, making her laugh, keeping her entertained, yet you have no idea how to move things to the next step.

Guess what vibe you were giving off?

I’m afraid it’s the second one, and that’s why she didn’t sleep with you, nor give you the signals that she would. Because you weren’t giving her the correct vibe.

Your baseline frame was “I’ll entertain you, but I won’t ever dream of taking action”

What you should do

There’s nothing wrong with being funny, in fact humour is a very attractive trait. However, when your main characteristic is only comedy, there leaves very little room for her to feel sexual attraction.

The above image shows that the funny baseline and the sexual baseline are two very different plains. They actually aren’t even on the same dimension.

What you should do, is maintain a sexual vibe (baseline) throughout the entire conversation, and on occasion deter from this line, to be funny, but ALWAYS come back to the sexual baseline.

So from the minute you open till the minute you’re in bed with her, the frame needs to be majority sexual, with a few deviations to being funny (or any other characteristic).

The reason why I say stick to one baseline (have frame control) is because when you are decided, when you have chosen a side, it shows that you are a man of your decisions and that you aren’t confused or uncertain.

Uncertainty, indecisiveness, insecurity and having a wish washy personality are very unattractive features to posses.

When you have frame control, when you assume things for certain, when you are in control of your thoughts and vibe in a certain way where you aren’t deviating the entire time, it shows that you are an alpha. It practically radiates confidence and there is nothing more attractive than someone who is confident in themselves and what they stand for.